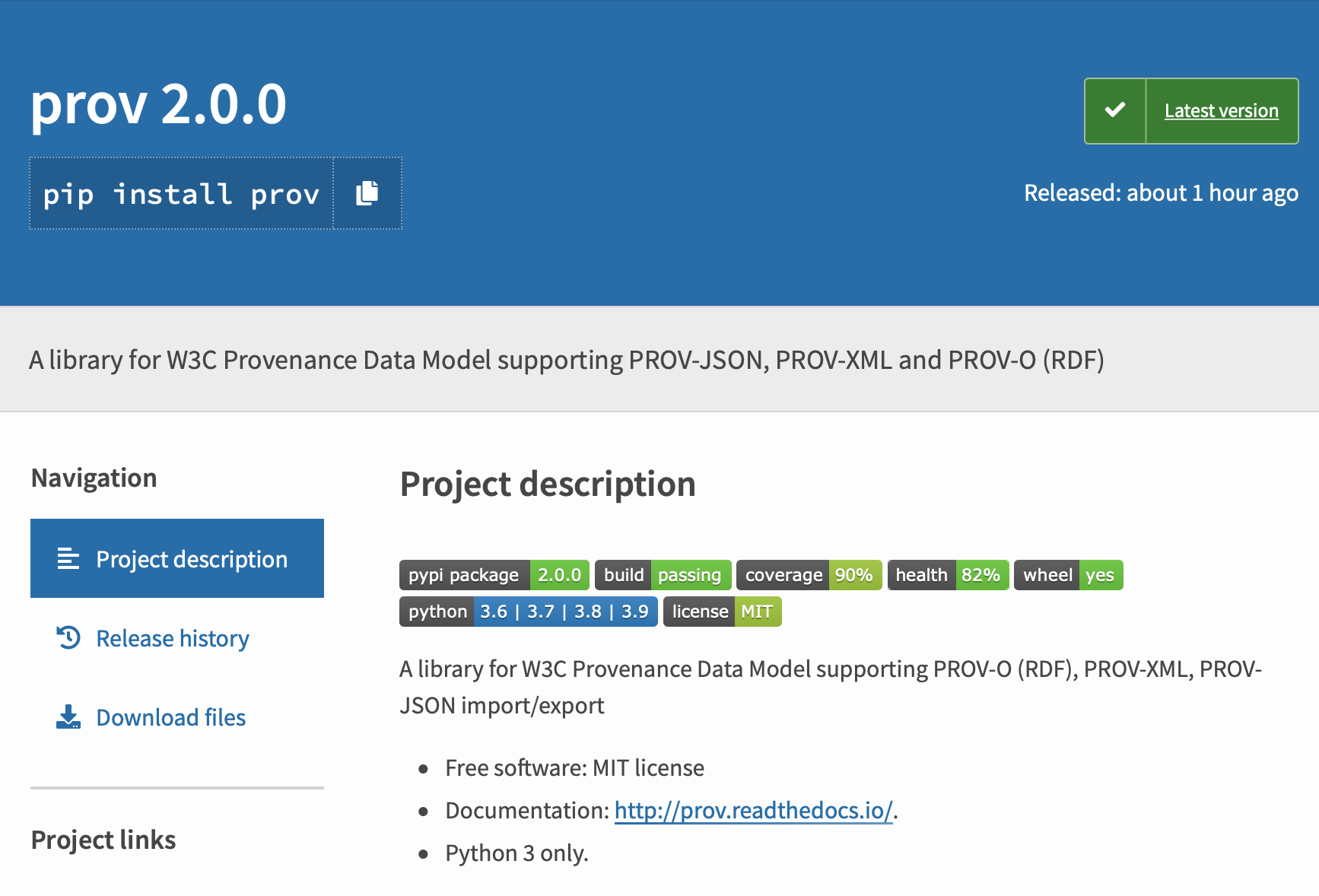 With Python 2 having reached its end-of-line at the beginning of the year, it is now time for the PROV Python package to move on. Starting from prov's version 2.0.0, only Python version 3.6+ and PyPy3 are supported.

If you still want to work with Python 2, do not upgrade to version 2 or later. With a new install, you will also need to specify a prov's version < 2 (for example, pip install "prov<2").

As always, if you have any problem with the package, please file an issue report.